The Lebanese cuisine is an ancient one and part of the Levantine cuisine, which include the Egyptian cuisine, Palestinian cuisine, Syrian cuisine etc. Lebanese food in general came from Syrian dishes. Originally Syrian food is the base of the region’s traditional food which always referred to as Shami food and Sham means Damascus in Arabic.

Normally you start your meal with . mezza (appetizers )which is an array of small dishes placed before the guests creating an array of colors, flavors, textures and aromas. This style of serving food. Mezze may be as simple as mixed pickles and vegetables or raw vegetables, hummus, baba ghanouj (eggplant dip ) and bread, or it may become an entire meal consisting of grilled marinated seafood, skewered meats, a variety of cooked and raw salads and an arrangement of desserts.

Many dishes in the Lebanese cuisine can be traced back to thousands of years to Roman, and even Phoenician times. For most of its recent past, Lebanon has been ruled by foreign powers that have influenced the types of food the Lebanese ate. From 1516 to 1918, the Ottoman , Turks , controlled Lebanon and introduced a variety of foods that have become staples in the Lebanese diet, such as cooking with lamb.
Most often foods are either grilled, baked or sautéed in olive oil; butter or cream is rarely used other than in a few desserts. Vegetables are often eaten raw or pickled as well as cooked. Herbs and spices are used and the freshness of ingredients is important. Like most Mediterranean countries, much of what the Lebanese eat is dictated by the seasons.

Although simple fresh fruits are often served towards the end of a Lebanese meal, there is also dessert, such as baklava and coffee. Although baklava is the most internationally known dessert, there is a great variety of Lebanese desserts.
The most famous Lebanese dishes are Tabouli salad, Fattoush, Hummus, Baba ghanouj ,Kebbeh ,Stuffed grape leaves, Kibbeh nayyeh. Batata harra – “spicy potatoes” , Zater “Manaeesh “all kind of kebobs and sea food. 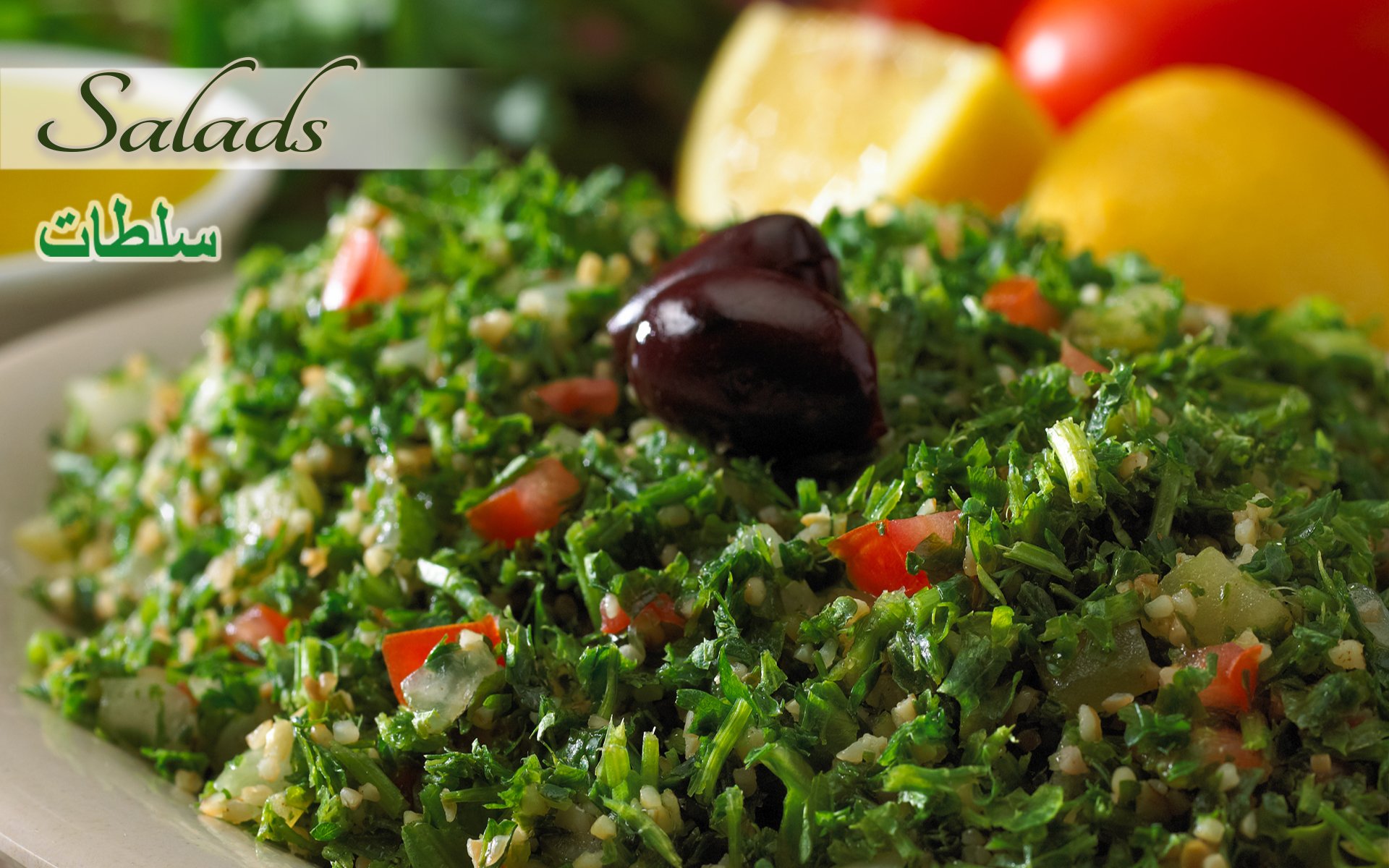